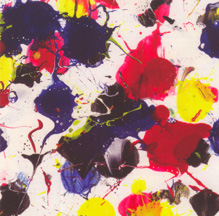 Portland Phoenix
"This is Art. This is the realization of a dream. This is intention and ambition married to execution and creativity... This is lights-off, lying on your bed, staring into the blackness stuff. Or something to have weird sex by. Your call." (Sam Pfeifle)

ProgressiveWorld.net
"MUSICA EN FLAGRANTE shows Dreadnaught firing on all cylinders, stealing all bases, waving their sci-fi freak flag, and pushing the proverbial envelope right down the shredder... Talk about nuts - who else would have the stones to kick off their CD with a reference to Isaac Asimov ("R. Daneel Olivaw") by bouncing tinkling ivories over a thudding industrial beat? Or to name a song after a feisty freshwater game fish ("Northern Pike"), haul out that industrial beat and layer it over with whimsical harmonica, twangy blues guitar, and zippy strings? Or ask you "Are Your Pants Down? (Pants Down)" in anarchical, incidental fashion, only to come right back and demand that you "Pull Your Pants Down (Pants Down)" with fuzzed-up Rhodes and funky bass and drums? Gots to be Dreadnaught." (David Cisco)

The Wire
"MUSICA EN FLAGRANTE is a big, shiny science-fiction machine jamming along in its own language, glittering and fanciful and almost cinematic. This [Opening track 'R. Daneel Olivaw'] may be my favorite song on the disc, a loping, shimmering, shuffling composition on keyboard, bass, drums, and violin, an elegant marriage of Cantina band and positronic brain." (Dave Karlotski)

Showcase
"Sans any sort of exaggeration or hyperbole, Dreadnaught's fourth studio effort, MUSICA EN FLAGRANTE, is honestly unlike anything you've ever heard before. Fans of progressive rock, guitar acrobatics, epic compositions and the chaos theory are all committing a crime of musical neglect against themselves if they deny this record a space on their shelf." (Shawn Macomber)

Dutch Progressive Rock Page
"Dreadnaught are one of those bands who give reviewers a real headache... [MUSICA EN FLAGRANTE is] one of those albums that never bores, and despite the shifts in style, tempo and mood it somehow manages to feel like a cohesive work, with the band managing to establish their own musical identity." (Tom de Val)

F5
"After 2001's THE AMERICAN STANDARD, Dreadnaught could have easily collapsed into its own bellybutton, hinging its future on Bob Lord's deft bass runs and Justin Walton's kick-ass guitar lines. In short, the band could have become another Primus, sliding comfortably into a series of records that grew increasingly dull but nevertheless adhering to a formula that some would have no doubt found charming. Instead, these less-than-lightweight New Hampshire dudes opted to go the adventurous route, record an all-instrumental affair with ties to the band's past but with its heart very much in the future. The results? An excellent little psychedelic orchestral prog rock freakout." (Jedd Beaudoin)

MusicTap
"Strange, strange people have come together to produce jazzy, crazy instrumental music... the best way to describe Dreadnaught is to call it Dreadnaught music. I know it doesn't help you, the reader, looking for something to hang on to, but there isn't anything I can easily attach to MUSICA EN FLAGRANTE that will clarify what they are... Maybe "fun"? Perhaps "unconventional"? Certainly uncommercial, but if you were expecting an album ruminating "destiny" and "reality" and "My DREAM" in capital letters, you're in the wrong place. This is the one you'll love and, at the same time, confuse the hell out of your friends with." (DW Dunphy)

Progressor.net
"Being a chameleon band from its birth, Dreadnaught still continues changing the compositional and stylistic aspects of their music; and they do it both skillfully and successfully. As a result, MUSICA EN FLAGRANTE turned out to be as musically different from THE AMERICAN STANDARD as any of the band's albums are different among themselves in general. Although I wouldn't take a bet that this album is better than its predecessor, I'm taking off my hat to Bob and his colleges for their ability to avoid stagnation in any of its possible manifestations. Heartily recommended and without any reservations. It's a kind of eternal music, which will bring you joy each time you return to it and regardless of how frequently you do it." (Vitaly Mishenkov)

Ground and Sky
It's good stuff, virtually indescribable - somehow these guys have carved out a recognizable niche all their own, although their albums sound very little like one another.... the product of a band which is brilliantly quirky and undeniably talented..." (Brandon Wu)